Kumar Shahani is a renowned Indian director who has directed many Hindi Films in Indian Parallel Cinema. He is also known for screenwriting and has written scripts for many famous films. He established his name because of formalism, and he was dedicated to his style. Some of the famous work from Kumar Shahani includes Maya Darpan (1972), Tarang (1984) and Khayal Gatha (1989). He also received 3 national awards and Prince Claus Award (1998).

Kumar Shahani was born on 7 December 1940 in the Larkana district in Sindh. After the partition, his family decided to move to India. They settled in Bombay, and Kumar completed his education in this city. After his schooling, he enrolled in the University of Bombay, and he also studied about directions from the Film and Television Institute of India and had the privilege of getting the likes of Ritwik Ghatak as his mentors. Later, he applied for further education in France.

While studying in France, he made several short movies. He already entered the field of film making and film directions. Soon, he returned to India, and he started his stint in the Indian Film Industry. 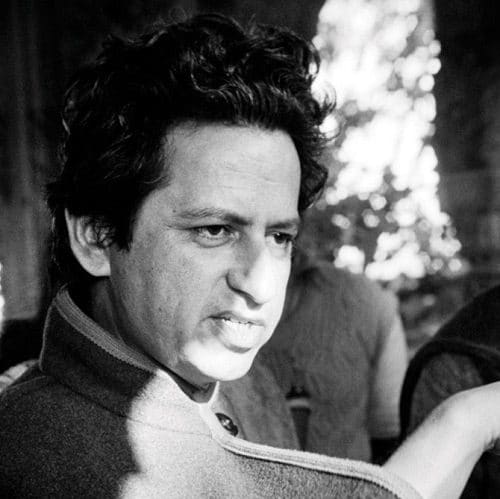 In 1972, Kumar Shahani returned to India, this is also the time when he directed his first film. – Maya Darpan. It received a lot of appreciation. Kumar received a Filmfare award and a National award for his work in Maya Darpan. Over the years, he directed many other featured films and short films.

Robert Bresson and Roberto Rossellini profoundly influenced Kumar Shahani. He implemented the learnings from them in the movies that he directed in India. He also directed movies about social issues. He always tried to implement austerity as well as ornamentation in the characters of his films. Such principles not only highlighted the characters, but it gave a distinct storyline to the movie.

The Cinema of Kumar Shahani

Kumar Shahani directed several movies until now. He started with The Glass Pane in 1965. The Glass Pane was a movie that he made to get a diploma from the university. In the next 5 years, Kumar directed 4 more short films. Later in 1972, he returned to India and directed Maya Darpan. Maya Darpan was a huge success. In 1984, Kumar directed his first full-length movie Tarang. It also received an enormous amount of appreciation from the audience. This movie helped him in getting his second National Film Award. Apart from these movies, he also directed Khayal Gatha (1989), Kasba (1990), and Bhavantarana (1991). Bhavantarana was a documentary based on the life of Guru Kelucharan Mahapatra, and this movie helped him in securing his third national award. In 1997, Kumar directed a movie (Char Adhyay) that was based on one of the novels written by Rabindranath Tagore. This movie was one of his last works in the Indian Film Industry.