Bishkanyar Deshot (Eng: In The Land Of Poison Women) [2019] is a Pangchenpa language feature film directed by Manju Borah. Based on a literary work by Yeshe Dorjee Thongchi, this critically acclaimed film tells the story of the Monpa tribe of Arunachal Pradesh, about the legend of the Poisonous Women and an individual’s effort to break the myth.

National Awardee, Manju Borah is known for her films that are rooted in north-east India. Her films hold up issues that are central to the lives of people from the seven sister states of India. In “Bishkanyar Deshot” (In The Land Of Poison Women), she makes us travel to a scenic yet remote location in Arunachal Pradesh near Indo-China border, in the land of the Pangchenpas, who form a small tribe of around 5000. 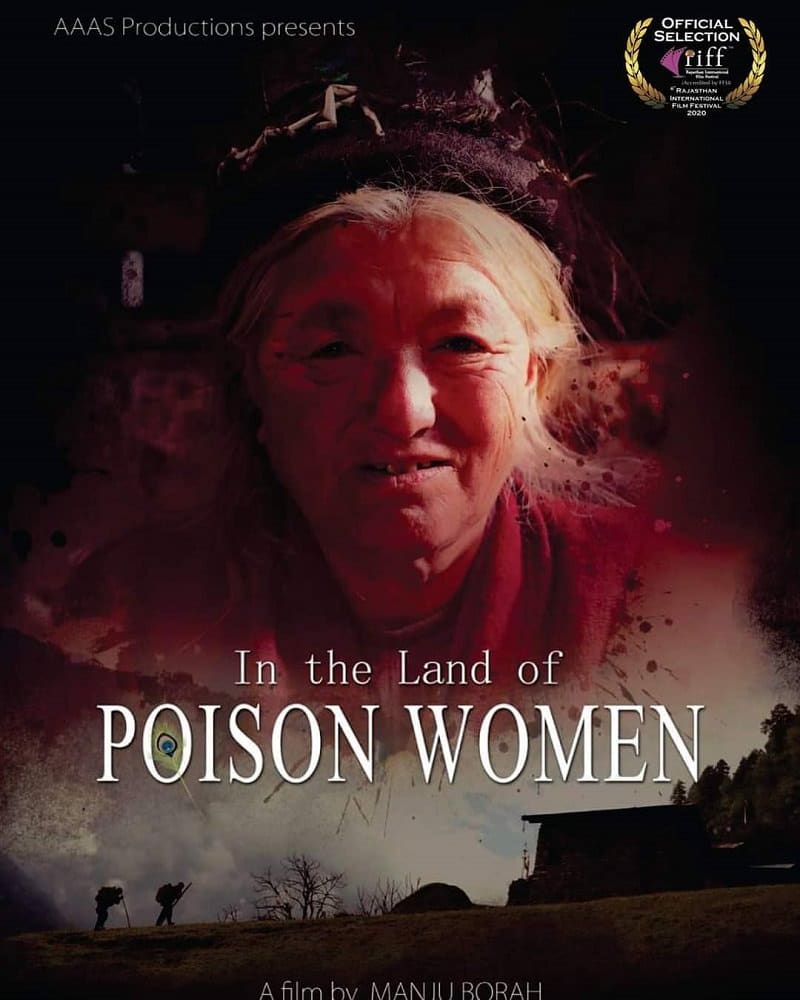 Sangra and Lusang’s two children and four others die after consuming a local wine that was prepared by Lusang. She is ostracised by her community over their superstitious belief of her being a doumoh – a poison woman. A male ACIO official, Thupten and a woman circle officer, Tashi posted there as government officials join hands in creating awareness against superstitions and unraveling the truth, while also confronting military officials to protect the socio-economic and geopolitical interests of the Pangchenpas.

The plot unfolds amidst the scenic luscious green landscapes of the state with bordered by the mighty Himalayas. Thupten, unaware of his roots and having the privilege of his progressive upbringing, is unaware of the existence of doumoh women in the village, who are believed to carry poison in their nails. He is made to believe that if such women feed the males, the males die. He wishes to bust the myths but is soon made to realize by his house help and other locals that he must not bring bad luck upon himself by interacting with the lower caste doumoh women. In a manner, casteism also makes its way to demean the Pangchenpas. 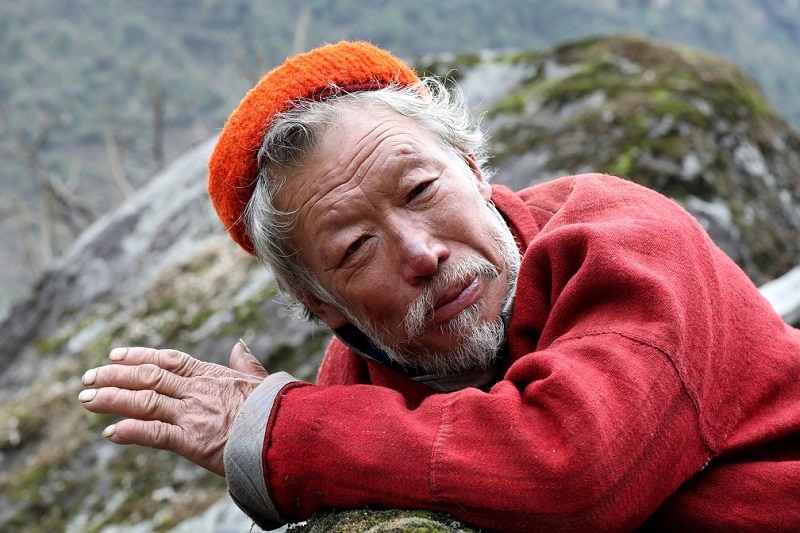 A Scene from the film | Photo Arunachal24

Amidst this, Thupten realizes the gap between him and the community has widened. In a carefully observed scene where Thupten and Tashi meet for the first time, Thupten goes against all ill-advice and insists on having a tea made by Tashi, an allegedly “doumoh” woman. All apprehensions are laid to rest when they both happily drink the freshly brewed tea. Minimalist drama and effortless dialogues form the perfect cradle to counter superstitions and myths through rational ideas.

The geopolitical tensions between China and India are also addressed in this film from the perspective of the tribal community. For the director, this provides a playground of folklore and tales that have been passed from one generation to another. The audience is taken on an interesting yet complicated rivalry between two factions of the community, as a result of which tribals have always been possessive about their territories, culture, and heritage. In modern times, to protect such interests, the army is deployed in conflicting zones such as Samdurungsu. But lately, the village old-man, Sangra who doubles up as an observer for the government officials to provide information about the movement of the enemies, feels that the decision to withdraw the army from Samdurungsu will cause infiltration by the Red Army and the Pangchenpas will lose their land. As a result, Tashi and Thupten, together try to convince the army officials to not leave the camp during winters.

Bishkanyar Deshot is many things at once. As much as it is a critique of the prevailing casteism, patriarchy, and superstitions, it is also an account of the socio-economic and cultural aspirations of the Pangchenpas. As viewers, we are made to appreciate the importance of preserving their interests and how they deserve to be a part of this diversity.

The film was shot at picturesque locations of Arunachal Pradesh. It was a challenge reaching the remote shoot locations and the crew had to trek for four days to reach there, crossing high passes and sometimes taking the help of the armed forces. 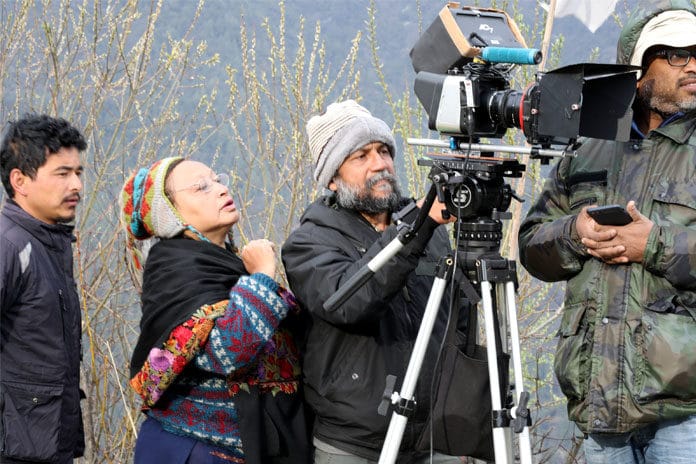 “I fell for the story not only for the superstitious beliefs that are still prevailed in our society and normally the women are always victimized of such situations but also for the backdrop which is politically very relevant even at this hour. The place Zemithang where I shoot is 100 kilometers away from Tawang and it takes a minimum of 3 full days to reach that point. We took 4 days because of heavy snowfall at Sela pass and the army had to help us to cross that area. Zemithang is a valley by the river Nam yang su coming do from China and surrounded by the mesmerizing Himalayas. It is a heaven for the adventurous tourists. In the Land of Poison Women is the most challenging work in my film making career of almost 24 years.”