Bancharamer Bagan is a 1980 Bengali film directed by Tapan Sinha. Adapted from a play ‘Sajano Bagan’, this Chaplinesque dark comedy tells the story of an old peasant who stands up to a tyrannical landlord to defend his land. 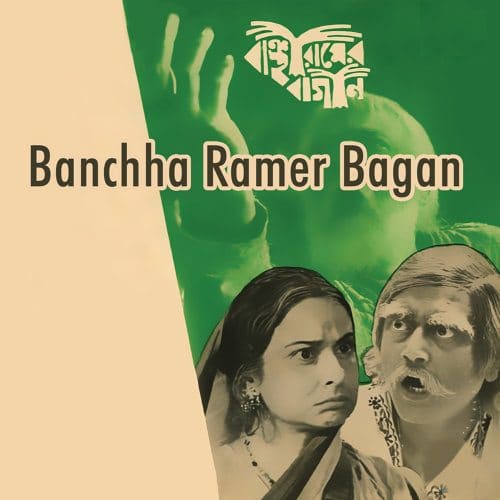 Bancharamer Bagan is the story of an old peasant, Bancharam (Manoj Mitra), who defeats the tyrannical landlord Nakari (Dipankar Dey). Inheriting a dry patch of land, Bancharam converts it into a garden rich in vegetables and fruits. The British magistrate helped him retain the plot when Chhakari (Nakari’s zamindar father) had attempted to acquire the garden, after which he died. To acquire the piece of land, Nakari hatches a devious plan: he promises Bancharam Rs 400 every month provided Bancharam bequeaths his garden to the zamindar after his death. Bancharam agrees but miraculously becomes healthier with every passing day, repeatedly promising to die but failing to do so. One day, Nakari, after being informed about Bancharam’s death comes with a funeral band to his house and, is left shocked at the sight!

Aplenty with witty and sharp lines, Bancharamer Bagan plays out like a richly layered dark comedy. The quick and rhythmic and rhyming flow of words would remind you of Satyajit Ray’s Gupi Gayen Bagha Bayen films, in the sense that the scenes which often have a disturbing thought-provoking undertone are often layered with humorous dialogues, yet not diluting the lurid situations. The dialogues spoken by the zamindar and his co-workers seem to be deliberately imprudent and silly and aim to caste a satirical gaze on the upper-class elites. 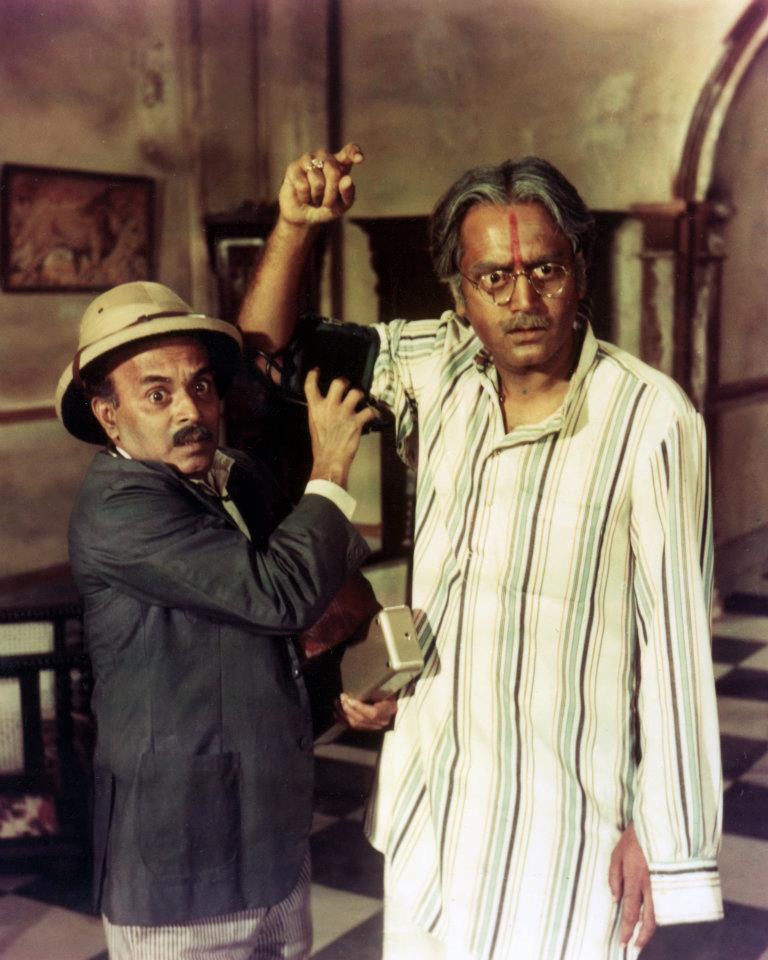 While the audience casts a disgusting look at the motives of the zamindar, they also feel empathetic towards Bancharam who is trying to satisfy his own needs. Upon observing closely, it can be felt as to how the bagaan (the garden), is a silent observer to all the chaos surrounding it. Every character has some motive related to the garden. While the zamindar’s motive is clear, the grandson of Bancharam plans to sell off the garden to set up a distillery as he believes he’s the lone person waiting to inherit the piece of land. What is particularly striking about him is the character arc that is followed by his character. From being a rebellious young lad who wanted his grandfather to die as soon as possible, he turns back to him after he gets married to a woman and has nowhere to go except the garden to make a livelihood out of it. And then there’s a thief too who takes advantage of Bancharam’s ill health and almost immobile body and steals stuff from the garden.

Bancharamer Bagan is an opportunity to understand how human emotions work. How they can be manipulated and how minds can be tricked. The underprivileged have always had to live on the mercy of the powerful. In a deeply evocative scene, the desperate zamindar orders to consume a bottle of poison at night. Bancharam agrees but meticulously describes how he wants his funeral to be organized; Kirtan singers, a new bed to lay his body, Chandan woods, ghee, an ox and what not. This comes as a rude shock to the Zamindar but he agrees, because, to get the work done, he too has to keep his words so that his social stature is not hampered. 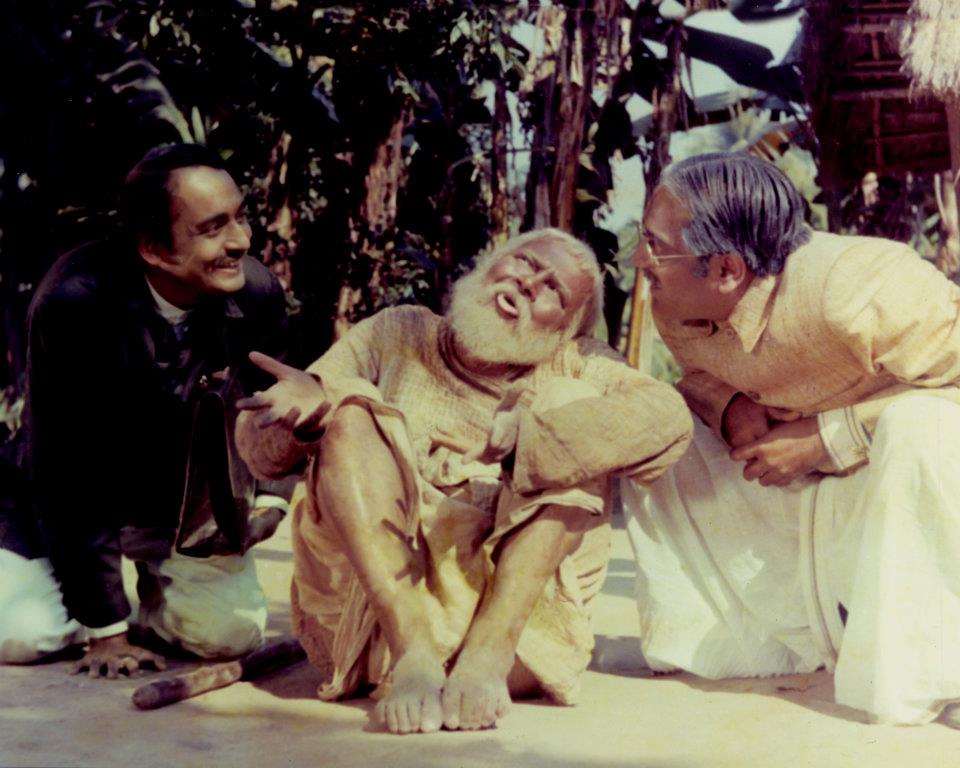 On the acting front, Manoj Mitra immaculately imbibes the character of Bancharam. Details of the portrayal of the character are noteworthy, as he progresses from an oppressed and a hunchbacked old man who can barely walk to a sharp, witty, and healthy individual who stands upright against feudalism. The cinematography, handled by Bimal Mukherjee works fantastically in showing the scenes reminiscent of the stage drama ‘Sajano Bagan’ written and performed by Manoj Mitra, from which the film is adapted. In fact, adapting the play into the film allows for the use of some special effects for creating scenes where a ghost is seen to rise up from the bed and haunt Bancharam in his garden. Much of the scenes are shot outdoors in ambient lighting and sound conditions which act as a natural support to the conundrum. In scenes, where viewers empathize with Bancharam’s melancholy, there are tight close-ups and low-key lighting, reiterating classical rules of film making.

This Tapan Sinha film is one of the few well made dark comedies in Indian cinema. An insight to feudalism and class/caste oppression told with satirical, Bancharamer Bagan deserves a watch and introspection.