Ek Ruka Hua Faisla is a 1986 Hindi film directed by Basu Chatterjee. It is a remake of the 1957 English classic 12 Angry Men by Sidney Lumet. The film depicts an adapted closed room drama of a murder trial where one dissenting juror in a murder trial tries to influence the verdict with his personal prejudices and biases. 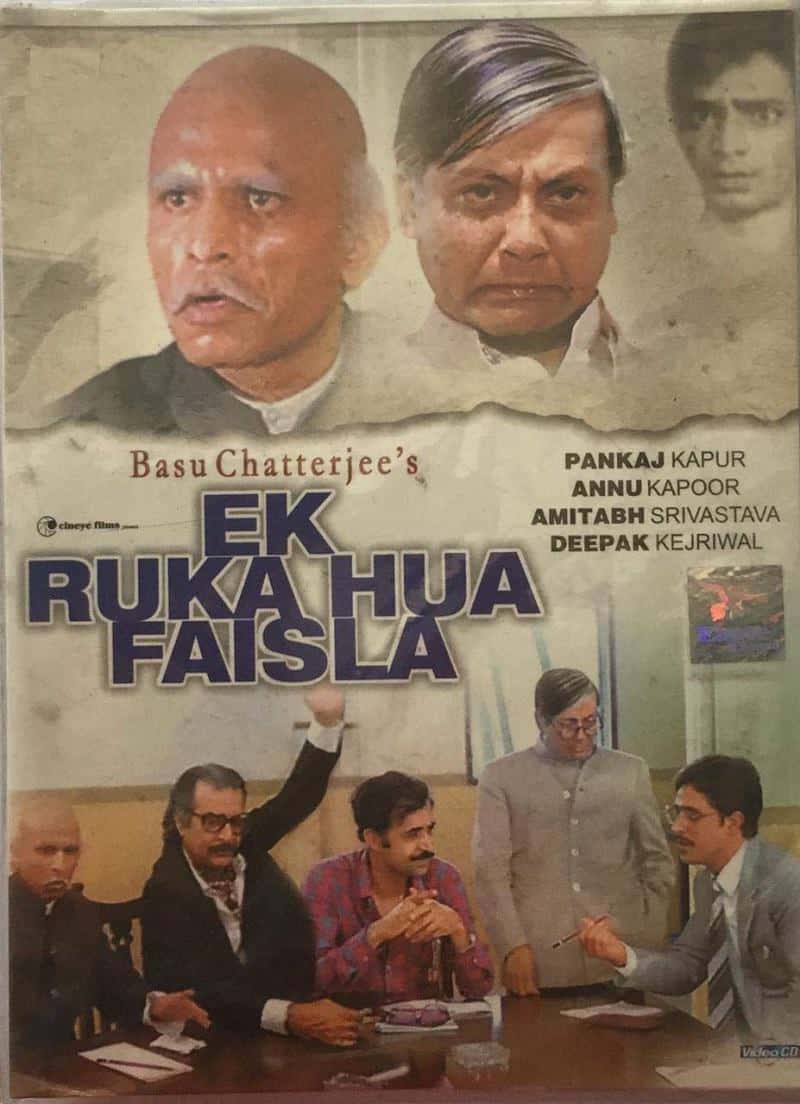 Ek Ruka Hua Faisla starts in a courtroom where a teenage boy from a slum stands trial for stabbing his father to death. The Judge instructs the Jury to come to a decision on whether they find the boy guilty of the crime. If found guilty, the boy will be awarded a death sentence. The evidence against the boy looks irrefutable. The twelve-member jury shuts itself in a closed room to discuss the case. As the jury members get acquainted with each other, it becomes evident that nearly all of them have already decided that the boy is guilty and are in a hurry to conclude the discussion quickly and get back to their daily chores.

However, as the primary tally sums up, there is one man whose vote goes as ‘not guilty’. Juror #8 believes that there is too much at stake to pronounce the boy guilty without discussing the aspects of the crime in detail. There are heated discussions among the jury members, their own biases influencing their sense of judgment and with every round of voting, the ambiguity in their opinions. What starts as a small doubt in the mind of one person, slowly starts to permeate the minds of the masses.

Slowly the story unfolds like a peeling onion and the jury starts finding faults or loopholes with every argument put forth by the prosecution. Through this time, Juror #8 stands firm on his conviction that the evidence to proclaim the boy guilty is not enough. He sways the opinions of others in the same direction as his with careful dissection of the case. Even though some of the jurors are annoyed by the delay that the indecisiveness will cause, others insist on discussing the evidence even more.

At this point, emotions start flaring, and some of the Jurors start relating the case with some aspects of their personal lives. As a storm rages outside, the atmosphere inside the room becomes no less stormy, with people shouting at each other and even getting violent as shown by Juror #3 who lunges at Juror #8 yelling, “I will kill you”. Juror #10 exhibits the contempt he, in general, has for the slum dwellers and clearly showing in his rage how this bias is clouding his judgment. It then comes out that Juror #3’s contempt for the boy has arisen from the poor treatment he has received from his own son. He finally breaks down and changes his vote to ‘not guilty’. 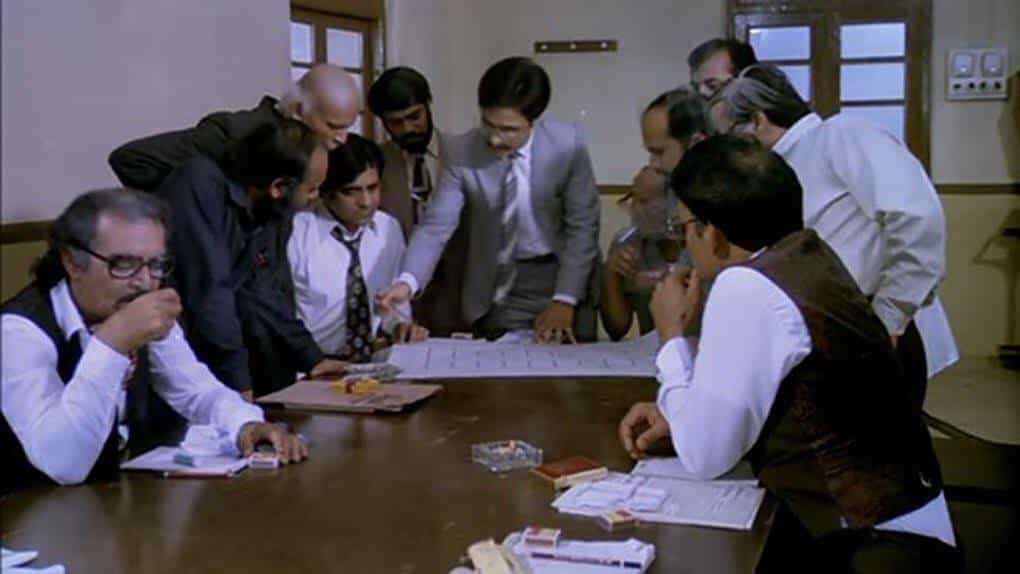 Ek Ruka Hua Faisla is a very good remake of 12 Angry Men. While the originality of the script is a non-issue in this case, but the treatment that the director has given to the film is quite remarkable. The characters take time to build up and slowly come the revelations about their strengths, weaknesses, fear, beliefs, prejudices, and grudges. While each and every aspect of the case is meticulously dissected, individuals change colours, the seemingly weak become strong while the initial strongmen start cracking up, exposing their vulnerability. This film along with its English predecessor, is a brilliant analysis of human psychology, the power of influence, and the complexities of the human mind.

K.K. Raina is no Henry Fonda but has tried to do justice to do a complicated role. The rest of the cast has done its part well and Pankaj Kapur stands out as the hostile Juror. The setting is minimalist and the production values are not great, however, any extra props would have made the film look superficial.