Pyaasa is a 1957 Hindi film produced and directed by film maker Guru Dutt and features him in the lead role. Based on the life of a young poet struggling to make his work appreciated, it was also a great musical feat and boasts of one of the best performances by S.D Burman, Sahir Ludhiyanvi and Mohammed Rafi. The story was by Abrar Alvi. Pyaasa is considered as one of the finest films ever made. 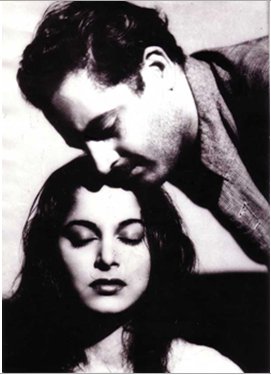 Vijay is a struggling poet whose work finds little appreciation among the people. Even his family does not support him and the paper on which he writes his poems is sold as scrap by his brother. Unable to take the humiliation anymore, one day Vijay stays at home as little as possible and is often out roaming in the streets. One day he encounters a soft-hearted courtesan named Gulabo, who is enchanted by his soulful poetry and falls in love with him. She goes to a big publisher, Mr. Ghosh and gets Vijay’s poems published. Mr. Ghosh realizes the potential of Vijay’s poetry and feels those will be a good money-maker for him. As a matter of coincidence, Vijay finds out that Mr. Ghosh is married to Meena, his sweetheart from college days, who chose financial security over love.

One day, a beggar to whom Vijay had given his coat, comes under a train and dies. Vijay gets injured while trying to save him and while he is in hospital, the beggar is mistakenly identified as himself and it is assumed that he is dead. When he returns from the hospital, Mr. Ghosh, afraid to lose the money off his works, refuses to identify him. Even Vijay’s brothers and his close friend Shyam are bought off and  he is declared a lunatic and sent to a mental asylum.

However with the help of his friend Abdul Sattar, Vijay manages to escape from the asylum, and reaches a place where his memorial service is being held. Seeing him there, his brothers switch sides with a rival publisher and declare that it is him. Disillusioned with the hypocrisy and corruption of the world, the bitter poet denounces everything. He declares that he is not Vijay, and that the Vijay they all knew is dead. With this, he walks away to start a new life with Gulabo. 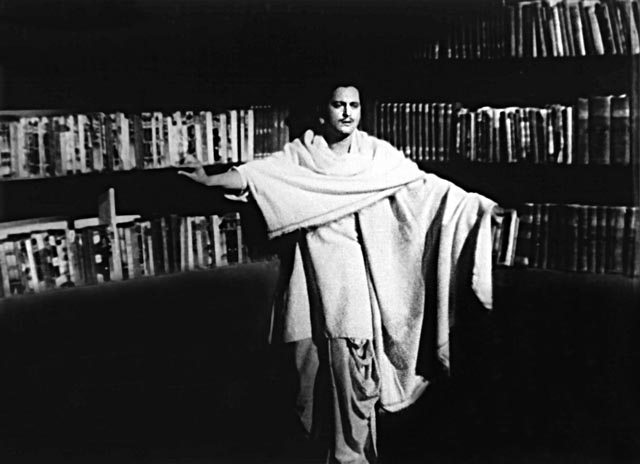 Guru Dutt in one of the scenes

It is difficult to write a commentary on Pyaasa, the film has been put on such a high pedestal that looking at it from a critical aspect becomes a daunting task.

When Pyaasa was made, India was a nation which had broken the shackles of slavery very recently and was experiencing a major political and social transformation. The gradual impoverishment of an artist in an increasingly industrial world, the difference between grand Nehruvian dreams and the struggles of daily lives, this film somehow refuses to take the easy escapist route and dwells into dark realism. While the Film Industry was upbeat and tried to project a grand vision of India, Guru Dutt, by his inherent nature, does not shy away from showing the rot and hypocrisy in the society and the loss of human values. The way this film transcendentally manages to merge human pathos into larger realms of humanity is incredible.

Pyaasa is not just another social commentary on the India of 1950s. In ways, it signifies the beginning of the shattering of the dream which the makers of this country once had. Sahir Ludhiyanvi’s “Jinhe Naaz hain Hind par wo kahan hain..” is a poignant reminder of the loss of that dream, and of innocence. Decades letter, this composition is still strong enough to jolt a stupid common man from his reverie and wonder – “What went wrong ? “

Suffering is the underlying current of Pyaasa and it is the dignity attributed to suffering that makes it special. Vijay’s defiance is expressed more in his silence than his words, and his disdain from everything around him. 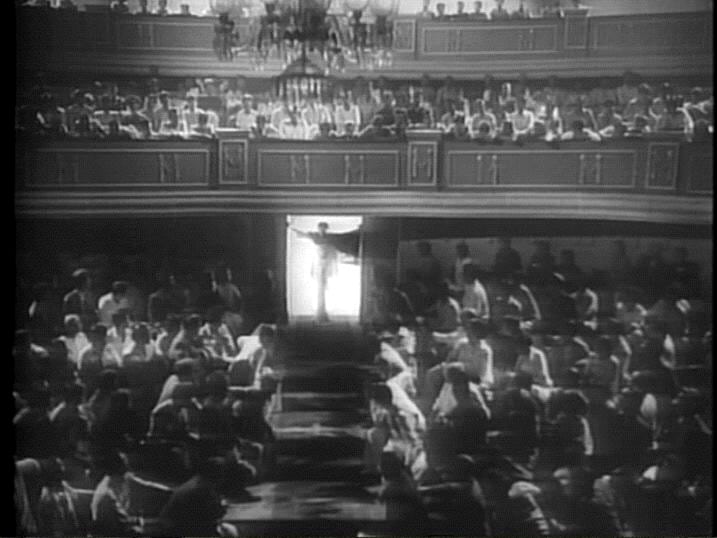 Cinematography is a high point of the film.  Perhaps the only point where Vijay comes close to an open rebellion is at the end, when he appears in the doorway, illuminated with white light, arms outstretched against the door frame, the camera and lights make him seem larger than life. This scene, and his sharp words, has become immortalized in the annals of Indian Cinema  –