Genesis is a 1986 Hindi film directed by Mrinal Sen and has  Shabana Azmi, Naseeruddin Shah and Om Puri in prominent roles. The film depicts a highly symbolized story of the evolution of the mankind and man’s exploitation of fellow men through the lives of a farmer and a weaver and how their lives change when a woman and a trader arrive. The film was sent to the Canne’s Film Festival in 1986. 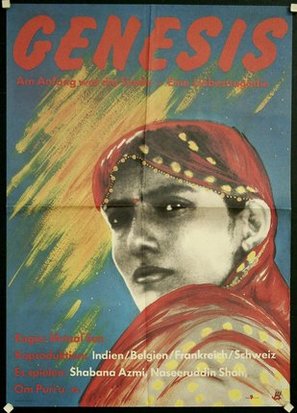 A farmer and a weaver abandon the world and retreat to the ruins of a lost village on the edge of a desert to begin life afresh. A drought thwarts the efforts of the farmer and the weaver makes a deal with a trader, weaving raw wool into fabric in exchange for food. The duo develops mutual understanding and respect to survive and start creating a new world of their own.

At this time, a woman appears in their world. She has been wandering aimlessly, trying to escape her own painful past. She is welcomed by the two men and starts staying with them. The village has again found a resemblance of life and the presence of the woman brings much joy to the two men. However, unknown to them, their relationships begin to change as well. Both desire the woman and this creates fissures yet unseen. Jealous and the desire to possess start taking root. 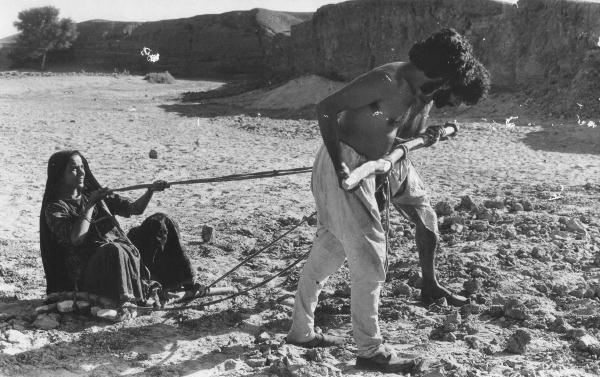 The trader, being the clever man, he is, see clearly what is happening in the nascent hamlet, and uses it for his profit. When the men go to a local fair, they realise that they are being cheated by the trader. They rise in revolt but are pacified by the cunningness of the trades who enticed them into submission by rewarding them with money. The disintegration has begun.

Things reach a melting point when the two men start fighting for the possession of the woman, going as far as trying to kill each other. The woman, now pregnant with a child, leaves them after warning them that in their attempts to escape the enemy of the outside world, they have become the enemy themselves.

The other enemy in the meanwhile, the trader, comes back to take their land. The two men final unite one last time to defend their land. But it is too late. This civilization has eclipsed and a new one will emerge.

Genesis is a simple and minimalistic tale of the rise and fall of civilizations, miniaturized within the confines of a ruined village and inside the minds of the four protagonists. Without being rooted in a specific place or time, Sen manages to give a historical resonance to the story of human civilization in a very symbolic manner. The film touches various human emotions like love, friendship, greed, jealous and the broader social phenomenon like capitalism, slavery, revolution and freedom. The film appears too simplistic at times; however, this and the abstraction might have been a deliberate effort on the part of the director.

The final scenes are quite remarkable, closing with shots of bulldozers and modern machinery clearing the ground while the workers are overpowered by the capitalist’s militia. The harsh truth sinks in slowly.

The film was produced by Mrinal Sen and a conglomerate of European Production Houses. It was shot entirely in a desert location in Rajasthan while most of the post-production was done in Europe. The music was composed by Pundit Ravi Shankar.

Wretched are the poor and meek, for they shall not inherit the earth. 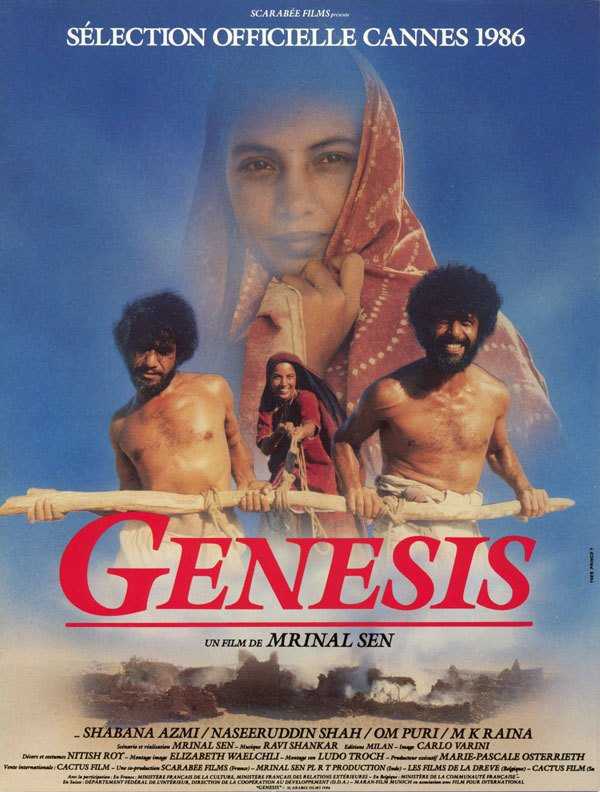 Watch introduction of the film Genesis (1986) on YouTube here