Marathi Cinema – From Phalke to Manjule

It all began when a man with a hint of insanity foresaw the possibility that one day the people in this country will fall in love with moving pictures projected on a big blank screen. We all know that man, Dhundiraj Govind Phalke known as the Father of Indian cinema. He made his first film (silent) in 1913, exactly 103 years ago. It took 18 more years to make these pictures talk. It happened first in Hindi, a year later in Marathi. In 1932 came the first Marathi talkie film, Ayodhecha Raja. For years to come Marathi cinema was predominantly based on Indian mythology. Five years later, in 1937 Prabhat Film Company’s Sant Tukaram became the first Marathi film to travel abroad for a film festival. That wasn’t it, it also won the Best Film Award at that festival. 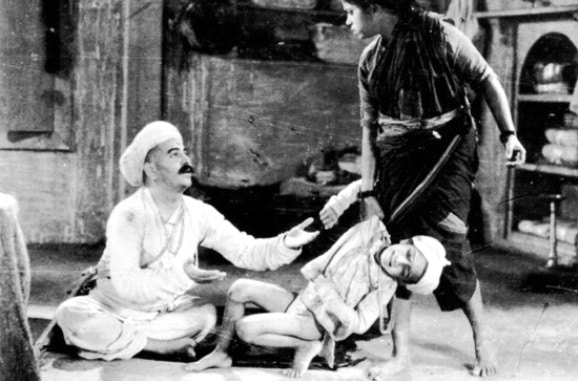 In retrospect, Prabhat’s Sant Tukaram was a content driven wholesomely entertaining film, but it won’t qualify as the first Parallel film in Marathi. That honour should go to another Marathi film that came in the same year, 1937. V.Shantaram (previously a partner in the Prabhat Film Company) adapted a novel by Narayan Hari Apte & turned it into India’s first ever hard-hitting feminist drama, Kunku. The film was too bold for its time. A Young girl is forced to marry an old man. Though she gets married, the girl doesn’t accept the situation at any terms. In the climax, we see one of the most unusually powerful conflict when the old man accepts her as his daughter & the girl finds it to be against her religious morals. Apart from the social context, Kunku also introduced the appropriate use of technique & craft in films. A scene in which the old man realizes how he has less time left, Shantaram used a wall clock as a symbol & kept it ticking to amplify the tension. The perfect use of a song sequence to bring about a change in the character’s action was also a revelation for those times.

Moving on to the next phase which began with Dr. Jabbar Patel’s grand entry with Samna in 1975. In the years pre Samna, the Marathi Film industry did flourish to satisfying public acceptance & the quality too was impressing but out an out experiments where hardly there. This change needs to be credited to the change of style & content in Marathi Theatre. Vijay Tendulkar was the pioneer of it. It was Tendulkar’s first film as a screenwriter and became important for three important reasons – Tendulkar’s medium specific writing, Nilu Phule & Dr. Lagoo’s highly controlled non-theatrical performances and Jabbar Patel’s passion towards realism. Patel continued to make socially relevant realistic films for the next 2-3 decades or so but couldn’t match the canvas of Samna again. His multi-starrer Sinhasan, Smita Patil and Girish Karnad starrer Umbartha and a few more films got him the kind of acceptance other parallel film-makers from Hindi got. 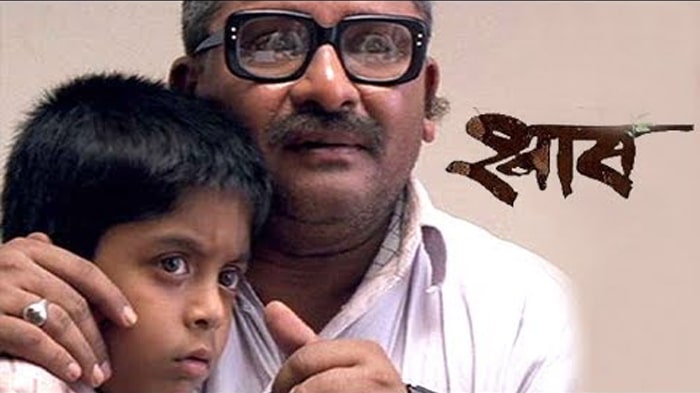 The 90s was the most difficult period in for any kind of Marathi film. But those who were attempting something new suffered the most. The only ray of hope was the entry of Sunil Sukthankar and Sumitra Bhave. Two of the prominent Arthouse directors, Umesh Kulkarni & Sachin Kundalkar from the 21st century (in Marathi) would credit the Bhave-Sukthankar jodi for inspiration. In 2004, out of nowhere came the Sandip Sawant directed Shwaas. For all these years the film fraternity which had lost almost all its glory & recognition suddenly got a new breath. The success of Shwaas proved to be a boon for indie film-makers in Marathi. Though, there were only three to four prominent names who explored parallel cinema post Shwaas. First & foremost is Umesh Vinayak Kulkarni; Valu (2008), Vihir (2009), Deool (2011) & Highway (2015).

Umesh’s collaboration with writer-actor Girish Kulkarni has resulted into a unique cinematic language which is both modern as well as rooted at the same time. Their most essential film Vihir was an extremely personal film for the duo. Questioning the moral responsibilities an individual which are bestowed upon them & the whole quest for existentialism were topics which weren’t handled before in Marathi. Their latest Highway was an experiment in both style & technique yet it had the trademark uniqueness of the duo. Sachin Kundalkar’s Gandha (2009) was the most European film in this wave. Only A true master of visual poetry could have pulled it. His recent works, Rajwade & Sons (2015) & Happy Journey (2014) are more of about the changing times in our film & culture. In recent times two Marathi films lead this wave. One is Nagraj Manjule’s Fandry (2013) and another is Chaitanya Tamhane’s Court. 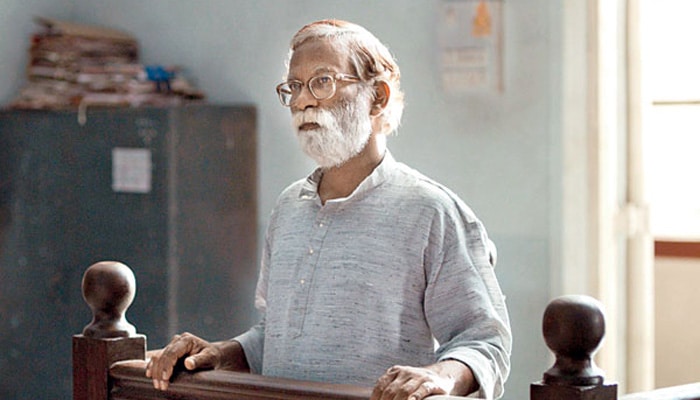 A scene from the film Court (Chaitanya Tamhane)

Both struck a chord with independent film lovers throughout India. Fandry was a socially rebellion film which spit fire against casteism in the rural parts of our country whereas Court was a cold-hearted depiction of the working of our system. Both proved to be an out & out parallel films as even after hammering of mediums the masses couldn’t bare them. Chaitanya is yet to make his second film, But Nagraj blew everyone away through his aesthetic amalgamation of popular & parallel styles with Sairat. Sairat is as much as an art-house master-stroke as much it deserves the tag of the highest grossing Marathi film ever.

More such amalgamation are needed to bridge this unnecessary gap between popular & parallel cinema in Marathi.