Kanneshwara Rama is set during the British rule when an impetuous young man Rama decides to oppose the unjust socio-political order and starts marching on the path of rebellion, with major consequences. The original novel was said to be based on the life of a real-life outlaw who operated in the Shimoga region of Mysore. The film was critically acclaimed and was screened at various domestic and international film festivals.

The film starts with Kanneshwara Rama, a long-sought-after fugitive who has been caught by the police. He is being paraded through the streets of Shimoga before being taken to the state capital for his execution. On the way, Rama sees many people in the crowd who have figured in his life at one point or another and starts thinking about those events.

Back in his old days, Rama is a hot-headed peasant who fumes at the slightest attempt of intimidation. He despised meekness and that’s one of the reasons for his contempt towards his docile wife. Rama defied the village head, resulting in a midnight scuffle in which he ends up killing the person. He is caught and sent to jail.

In prison, Rama meets Mahatma Gandhi’s followers who are political prisoners. Under cover of a nationalistic disturbance, he escapes from the place and joins a group of bandits. The leader of the group is Junja, who zealously guards his gang’s hoard of gold, watched over by Malli, his mistress. Junja gets fond of Rama, something that is resented by some members of the gang, except Chennira who becomes his ally.

Junja is mortally wounded in an encounter with the police and names Rama as his successor. Malli quietly decamps with the hoarded treasure in the dark of night.

Rama becomes notorious as an outrageously bold dacoit. He helps the poor, providing a dowry for girls of marriageable age and breaking the hold of feudal landlords in the area. He becomes a hero in the eyes of the people, attaining a status akin to Robinhood.

He raids a landlord’s safe and accidentally finds refuge in Malli’s house. She is now a high-priced prostitute and they become lovers. However, Rama finds an opportunity to steal her jewels and does not hesitate.

Rama’s daring exploits, his growing popularity, and his successes begin to worry the government. The tension with the police reaches its peak when he rescues a group of nationalists from the police, takes the policemen captive, and humiliates the British Captain. He is both amused and impressed by Gandhi’s policy of non-violence, but what catches his attention is their building of a cause and the symbolic flag, an idea that started to germinate in his mind.

Some members of Rama’s gang are disloyal to him. He out-maneuvers them in their break-away attempt to rob an armed treasury and forgives the culprits, against Chennira’s advice.

However, Rama begins to wonder whether any group can be loyal to an individual for long. He feels that the guiding principle should be an idea, symbolized by a flag and a base, both of which are necessary. He frees a village under the bondage to a religious order, adopts it, and places his flag on an old fort that guards it. Rama becomes a legend, carving out an independent principality of his own. Rama becomes a legend in his own lifetime. Ballad singers compose songs praising his courage and the police are afraid of him.

The British Government is alarmed. The District Collector sends a large force to capture Rama at any cost. The Police Superintendent first tries to cajole Malli into giving him away but she refuses to do their bidding. He then threatens the people in the village and takes some hostages.

The police offensive against Rama is intensified. At an encounter, most of his gang is killed, including the trusted Chennira. Rama runs to his villagers for refuge but they are too scared to help him. Enraged, he sets the village on fire. Even Malli is not able to deter him.

The Police Superintendent tries to make Malli help him again. At first, she refuses but when the relatives of the hostages plead with her, she agrees.

Rama is now alone and helpless. He abandons his weapons at the altar of a temple and visits Malli at night. A trap is set around her house and as soon as Malli sends a signal, the police surround the area. Malli defends her actions by saying that his vindictiveness drove her to it.  He says he had only come to give her his treasures so that they could be given to the villagers as compensation. Malli now regrets her betrayal but it is too late…

[With excerpts from ‘A Legend In His Lifetime’ by Siddharth Kak, 1978]

Sathyu’s Kanneshwara Rama, his second film, is the story of how a politically naïve individual, who is determined to avenge the injustice and suffering around him by the only means he knows – violence – finally comes to grief at the hands of the same political system, which is much more powerful than any individual.

Early in the film, Sathyu develops a sympathy for the underdog and gathers a vast storehouse of unusual real-life situations and characters. His statements are political, the story of the legendary outlaw is the commentary on the crumbling system of British enabled feudalism and the rise of another social order, in part led by the non-violent and apparently impractical Gandhians.

The folk-form the film deploys is a theatrical device – the entire story is narrated through a folk ballad and the events picturized later. The entire film unfolds in retrospect, we begin with the tragedy and then see who it unfolded. The ignorance, idealism, and the powerlessness of a rebellion against a well-entrenched system come on the reel as the film progresses. The interest is not what the action is, since the audience knows it already, but how it takes place. The heady intoxication of Rama and his Rousseau-like yearning for freedom before the grim and bitter end makes him dear to the person watching the film.

Like his earlier film, Sathyu shows meticulous attention to detail and authenticity of costume, region, and language. A little village in the Malnad hills of Mysore is brought to life with the same sincerity as the small-town life in Agra was brought forth in Garm Hava.

In Kanneshawar Rama, Sathyu manages to weave a tapestry of emotions in conflict with history. He adds his unique sense of humor to the narrative. Be it the bewilderment of the Gandhian workers in face of the gruff joviality of Rama’s men or the utensil-loving thief in his gang, the humor is rich with meaning without any forced attempts at comedy.

The performances are strong. Anant Nag shines in the role of the mercurial Rama while Shabana Azmi holds on her own as Malli. Amol Palekar plays an excellent cameo role as Chennira, a character very different from the middle-class good guy role he played in Hindi cinema. Tom Alter, B.V. Karanth, and Venkatesh are good in their respective parts.

It is inevitable to compare Kanneshawara Rama with Sathyu’s Garm Hava. While the film may not achieve the greatness of the cinematic gem that Garm Hava was, it manages to hold on its own, to a good extent. The fact that it does not even want to become another Garm Hava and is content in being what it is makes it a good film. A worthy watch! 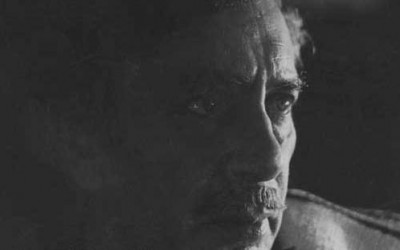