Meghe Dhaka Tara (Eng: The Cloud Capped Star) is a 1960 Bengali film written and directed by Ritwik Ghatak. The film is based on a Bengali novel by the same name by Shaktipada Rajguru. Meghe Dhaka Tara is the first from the Partition trilogy by Ghatak, the other two being Komal Gandhar (1961) and Subamarekha (1962)

Although it is not explicitly shown, the film is based on the partition of India and how the refugees from then East Bengal (Pakistan) coped with it. Meghe Dhaka Tara is the story of Neeta, a beautiful and talented young girl from a middle-class family in East Bengal who has now been living in a refugee shanty on the outskirts of Calcutta. Her elder brother is unworldly and cares little in life other than music, so it comes to Neeta to bear the burden of supporting her family. Self-sacrificing and hard-working, she keeps working even when her own family members take her for granted and hardly recognize her contribution. Undeterred by the tragedies that struck her, losing her fiance, job, and then contracting dangerous Tuberculosis, she still wants to live … 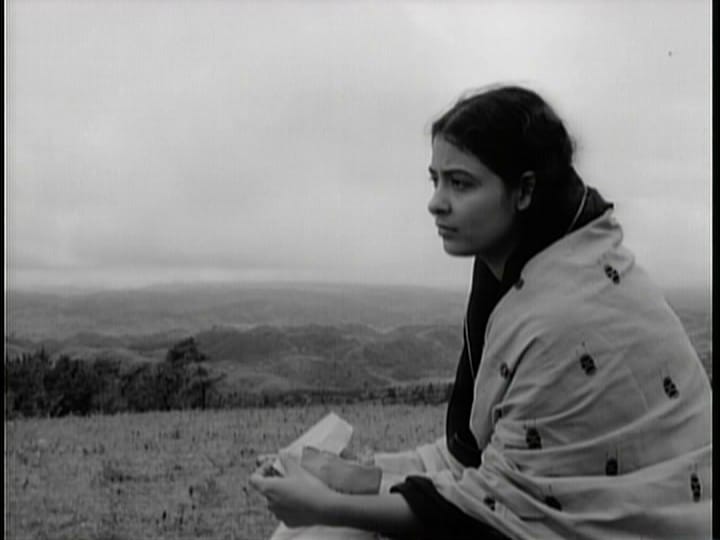 A scene from the film

Meghe Dhaka Tara happens to be the most acclaimed film of Ritwik Ghatak and not without reason. This rural drama can be considered a meditative take on poverty and family dysfunction in the middle of a refugee slum of Calcutta. Ghatak manages to boil the human and survival instincts to their most basic ruthless form. There is hardly any room for lofty ideals or sentimental altruism in the world he creates; mourn what one must, and do what one must do to survive. This film, realistic to the point of being almost cruel, treats ideas and sentiments as luxuries which, as the leftist Director believes, must be done away with. This treatment makes this film, one of Ghatak’s, and Indian Cinema’s, greatest tragedies.

Unlike Ray and Kurosawa, who have sometimes been criticized for looking at life from a Western point of view, Ghatak is less worried about frames and technicalities. To express on celluloid, the un-expressible, he instead decides to use Outdoor locations, unrealistic lights and shadows, and a peculiar form of editing, with violent jump cuts and clashing compositions. While the film is often called bleak and angry, there is a Sitar playing in the background trying to soothe the fraying nerves, and this is just one of the many extreme contradictions of the film which Ghatak keeps putting forth in a precise and deliberate manner. In the end, the audience becomes puppets in the hands of the master storyteller and he controls their emotions as if they were strings attached to his fingers.

While Meghe Dhaka Tara is essentially a Director’s film, the cast manages to hold on to their own. Supriya Choudhury as young Neeta is particularly excellent and Niranjan Ray as Sanat is very impressive as well.