Nagarik (Eng: The Citizen) is a 1952 Bengali film by Ritwik Ghatak, one of the stalwarts of the Indian Art Cinema. Though the film was completed in 1952, it could be released only 24 years later, after Ghatak’s death. It is considered as one of the first examples of Bengali Art Cinema, preceding Satyajit Ray’s Pather Panchali.

Nagarik is set in the post-partition India, in Calcutta and revolves around a middle-class family and its gradual impoverishment.  Ramu is a fresh graduate looking for a job as thousands of others. He lives with his father, mother and sister in a rented house in a lower-class neighbourhood, a far cry from the big house they had before the partition. Ramu’s sister Sita is of marriageable age, however, their poverty causes them to be humiliated by the families of the prospective grooms.  The only ray of happiness in Ramu’s life is his ladylove Uma, but she also lives under financial stress along with her sister Shefali and her mother. There is another poor character in the film, Jatinbabu who Ramu wants to help, but cannot and hence tries to avoid him.

Despite all his efforts, Ramu is unable to find a suitable job for himself. To meet the household expense, the family is forced to take a paying guest- Sagar. However, even with the money paid by Sagar, the family is not able to pay the rent and is insulted and evicted from the house. Sagar falls in love with Sita but is unable to propose because of his pitiful condition.

Before leaving the house, Ramu goes to Uma and tells her about his plight. She arranges for a shanty for his family in the slum. On the other side, Uma’s sister Shefali is not able to bear the life of poverty any longer and is misguided into entering the flesh trade. The last illusions of the middle-class dignity are broken when Ramu’s father dies and Sagar loses his job. Ramu appeals to Sagar to come and live with them. The end scene shows the protagonists walking away in the rain while the Internationale plays in the viewer’s minds. 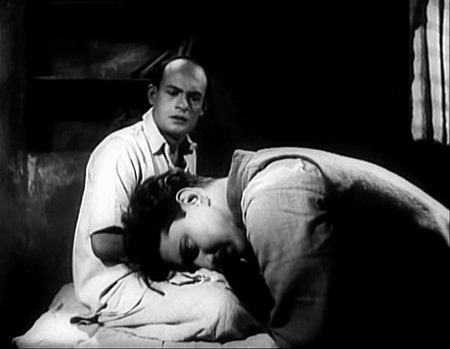 Nagarik is a great piece of cinema, and perhaps the most underrated ever made in India. Ritwik Ghatak was a master of naturalism and Nagarik happens to be the prototype which culminated in his later films. In Nagarik, Ghatak however does not get carried away with naturalism, his frugality and sometimes the impatience with the naturalism of Bengali cinema is evident quite a few times during the 125 minutes of the film. Chronicling Ramu and his family’s gradual disillusionment with the middle-class rituals and a yearning to live a normal life is a basic premise that guides the narrative towards its logical end.

The narrator has made good use of symbolism to convey his message across. Consider the scene where the idyllic image with trees and a red country house is suddenly jarred with the sound of a machine, to show the effect of partition on Bengal, the juxtaposition of contrasting visuals and sounds has been handled in a beautiful way. Jatinbabu, with his impossible dreams, is in a way Ramu’s own alter ego, a tragedy seen from a comic angle. Ramu’s father’s myopia is not just his own, but of a whole generation which could not foresee the devastation that the partition will bring upon them. This is not the only attempt at proletarianization of the characters; Ramu in a way can be perceived not as one individual but the entire Bengali middle class which was trapped in its own web of vanity and rituals and unable to come to terms with a world which had changed. Whether Ramu remains a defeated hero, a passive victim of his circumstances or joins the working class, the director just gives some hint of the answer of it with the closing scene.

Nagarik seems to be a derivative of Ghatak’s long association with the Communists and IPTA. It is a rare film, a phoenix that has risen again from its ashes; and to anyone with a remote taste of good cinema, it is a must-watch. 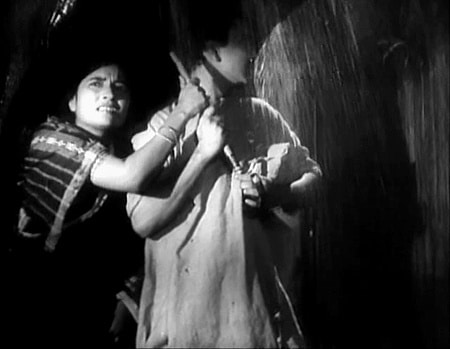 The film was never released in Ghatak’s lifetime and believed to be lost forever. However in 1976, six months after Ghatak’s death, some Bengali cinema enthusiasts set out in the search of the footage of the film and finally found one lying in the Bengal Lab in Tollygunge, Calcutta.

However, the excitement of the discovery was soon dampened by the fact that the nitrate-based negatives, lying in cans for 24 years had been damaged, seemingly beyond repair. The team did not lose hope. A group of dedicated technicians started working on a painstaking effort to restore the film; a duplicate negative was created from damaged negatives and from it, a fresh print was made. Finally, as a result of their hard work, Nagarik could reach the theatres in 1977.