Nila Madhab Panda (born 18 October 1973) is an Indian film producer and director. Panda has produced and directed over 70 films, documentaries, and shorts based on social issues such as climate change, child labor, education, water issues, sanitation, and many other developmental issues in India. Most of his films draw inspiration from his own life, having won several awards and critical acclaim for his films which have been received as entertaining yet socially relevant.

Nila has served on the juries of national and international film festivals. Nila started his career by assisting director Robin Romanov and Producer Barbara Broccoli.

His first feature film “I Am Kalam” became an iconic film winning 34 international awards along with a national award. His second feature film “Jalpari” (desert mermaid) received the MIP Junior award at Cannes. He continued making path-breaking films like “Babloo Happy Hai (Babloo is happy), “Kaun Kitney Paani Mein (in troubled water). His project “Kadvi Hawa (Dark Wind) was highly rated and critically acclaimed globally and received a national award. This is one of the first films that brought climate change into Indian cinema. His feature-length documentary “God’s own people” narrated by Amitabh Bachhan connects people’s faith with trees and God.
“Halkaa (relief) was his production – a musical film with children. The film narrates a story about the “Swachhata Abhiyaan” [Clean India Mission] and the importance of sanitation. 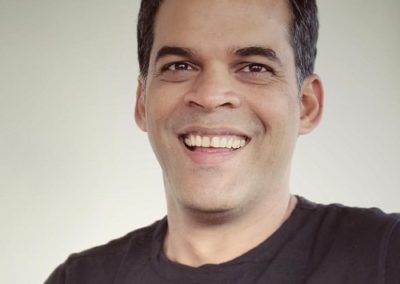